Marlow Ropes, the UK based rope manufacturer are saddened by the news that their partner U.S. Challenger, American Magic have been eliminated from the Prada Cup Semifinal following a loss in the fourth race of the series against Luna Rossa Prada Pirelli of Italy. Marlow Ropes have been the Official Rope Supplier to the US based team throughout their journey to the America’s Cup, working closely with them to manufacturer bespoke ropes to fit their specifications and needs.

American Magic’s participation in the events associated with the 36th America’s Cup marked the 30th time in the 170-year history of the event that a New York Yacht Club-backed team had competed as either the Defender or as a Challenger. The campaign for Auckland 2021 was also the club’s first attempt in 18 years to reclaim the oldest trophy in international sport. 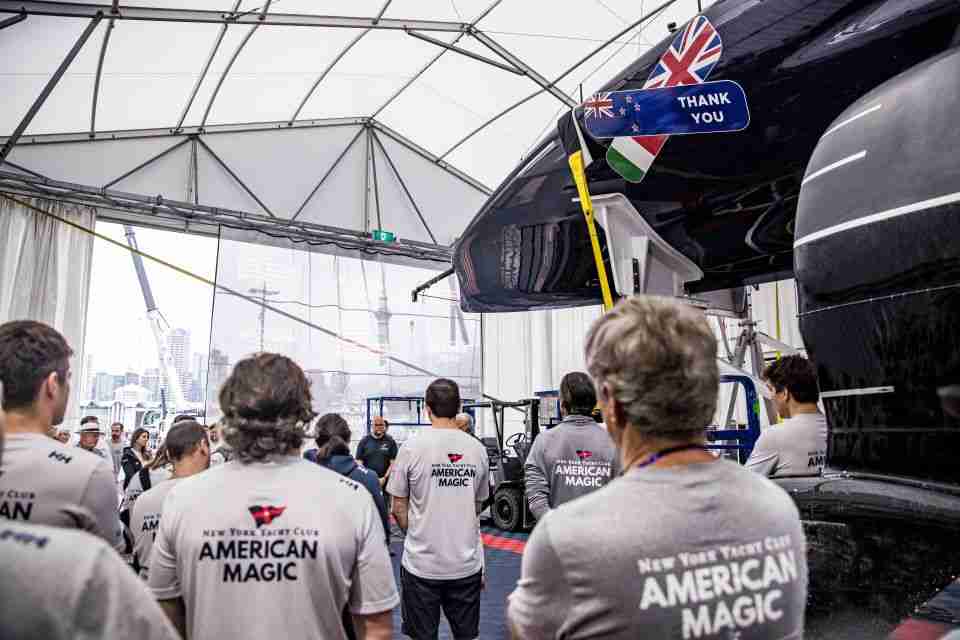 “We all recognised very early on the legacy that we represent with the New York Yacht Club,” said Terry Hutchinson, the Skipper and Executive Director of American Magic. “They’ve been in the game longer than most, and so in that light, I think when I look back it’s without question my greatest honor to be involved. And at the same time, you feel the sting of defeat.”

The team showed tremendous determination in returning to the Prada Cup racecourse 11 days after sustaining severe damage and nearly sinking during the Round Robins stage. Nevertheless, due to a loss of critical racing and training time while repairs were carried out, American Magic was unable to match the performance development achieved by the Italian syndicate in between the Round Robins and Semifinal stages of the event. Luna Rossa demonstrated noticeably increased speed and efficiency against American Magic, and turned in a nearly flawless performance over the best-of-seven series. With four wins in four tries, Luna Rossa Prada Pirelli, who are on their sixth campaign for the Cup since 2000, decisively earned a berth in the Prada Cup Final. The winner of the Prada Cup will face Emirates Team New Zealand in the 36th America’s Cup Match Presented by Prada.