Basking in the shadow of Table Mountain, the Clipper Race fleet makes its final preparations ahead of Race 4; a 4,750 nautical mile ocean crossing from Cape Town, South Africa to Fremantle, Australia.

Race 4 in the Clipper 2019-20 Race will be named the Marlow Southern Ocean Sleigh Ride. One of the Clipper Race‚Äôs longest standing partnerships, British run Marlow Ropes, supplies over 16,000 metres of rope needed to rig the fleet of Clipper 70s.

On the announcement, Marlow Ropes Leisure Marine Sales Director, Paul Honess, said: ‘We are delighted to be naming Race 4 the Marlow Southern Ocean Sleigh Ride. The Southern Ocean presents some of the toughest sailing conditions that the fleet will face. In line with our brand mission to manufacture high performing rope solutions, we are excited to see which team performs to the max in its round the world challenge. The Southern Ocean is seen as the ‚ÄòEverest of Oceans‚’and will push the crew, the yachts and the rigging to their limit.

‘We wish everyone a safe, yet exhilarating sail and look forward to welcoming the fleets in Australia.’ 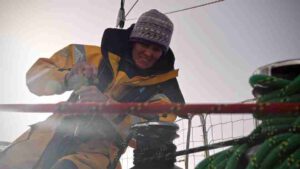 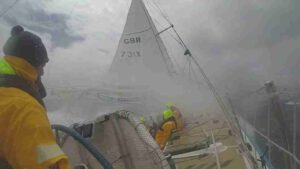 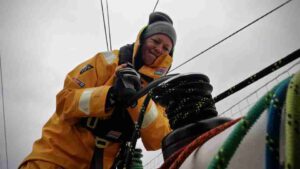 On the conditions they are about to face, Dare To Lead Skipper, Guy Waites said: ‘We can expect high pressures to the north and the depressions, or low pressures, to the south and we will be looking to hook into the breeze whenever we can. When we round the Cape of Good Hope there will be a couple of days of upwind sailing. Once we get out of the Agulhas Current, an adverse current that you really want to avoid, then we should be looking for some fast downwind conditions and hopefully arrive in Fremantle sooner rather than later.’

Bound for Fremantle Sailing Club, the gruelling race should take around 25 days to complete with the fleet expected to arrive between 9 and 14 December 2019.

As the crew get ready to face what, for many sailors will be their ultimate challenge, Marlow Ropes are sending their full support and look forward to welcoming everyone safely for the Freemantle prize giving.