This year marked the start of the 47th edition of the Rolex Fastnet Race and Marlow were delighted to be a part of this through rigging many of the boats.  In particular the trimaran Team Concise 10 who won line honours and reached the rock in 28 hours, 49 minutes, and monohull Rambler 88 who won monohull line honours and reached the Fastnet rock in 2 days 9 hours 34 minutes and 21 seconds.

368 yachts contested in the 47th edition of the race, organised by the Royal Ocean Racing Club (RORC), and partnered by Rolex since 2001 which represented a record for the biennial event.

Congratulations to Team Concise 10 who won line honours after predicting a 48-hour race, and Rambler 88 who took the monohull line honours. Rambler 88 had the largest-ever competing monohull – the 115-ft Nikata – and Ludde Ingvall’s 100-ft CQS from Australia for company together with a group of Volvo 65s. 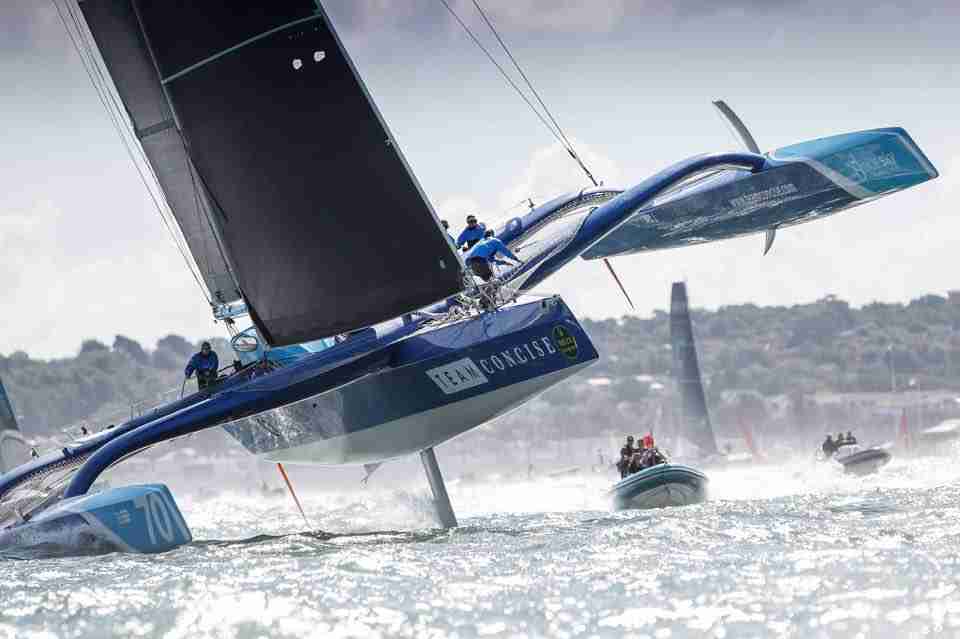 One of the most appealing facets of the 92-year old Rolex Fastnet Race lies in its diversity. Yachts and competitors hailing from all corners of the globe; cutting-edge carbon-fibre goliaths lining up against historic yachts from yesteryear; crews concentrated on arriving first, others on simply finishing one of the world’s most famous ocean races; those embarking on their maiden Rolex Fastnet against sailors well versed in the race’s capricious nature. In the spirit of one of the race’s founders Joseph Weston Martyr, the 2,700 sailors expected to contest the 2017 race will do so displaying the indomitable qualities of ‘skill, courage and endurance’.

The fleet started their 605-nautical mile journey heading westward up the Solent to the famous Needles landmark. From here they continued along the south western coast of England before crossing the Irish sea to round the Fastnet Rock ahead of the final leg to Plymouth.

To find out more about our Grand Prix range of products and our winning lines click here.

The Life of Marlow Rope: A film