Known as the ‘Everest of the seas’ the Vendee Globe is the pinnacle of single handed, non-stop races that sailors aim for and only 89 out of 167 contenders have ever managed to cross the finish line. Herrmann, as the first German skipper to compete the 2020-21 race finished in fifth place on Seaexplorer-Yacht Club de Monaco and was crowned the new IMOCA Globe Series champion**, due to his consistent campaign with Team Malizia over the last three years.

British skipper Pip Hare made history as only the 8th woman to have ever completed the race and is the first British skipper to finish the 2020-21 race, having dreamt of competing in the Vendee since she was a teenager. Crossing the line after 95 days, she follows in the footsteps of UK sailing success, Ellen MacArthur, who was also rigged by Marlow in her 2000 Vendee Globe. 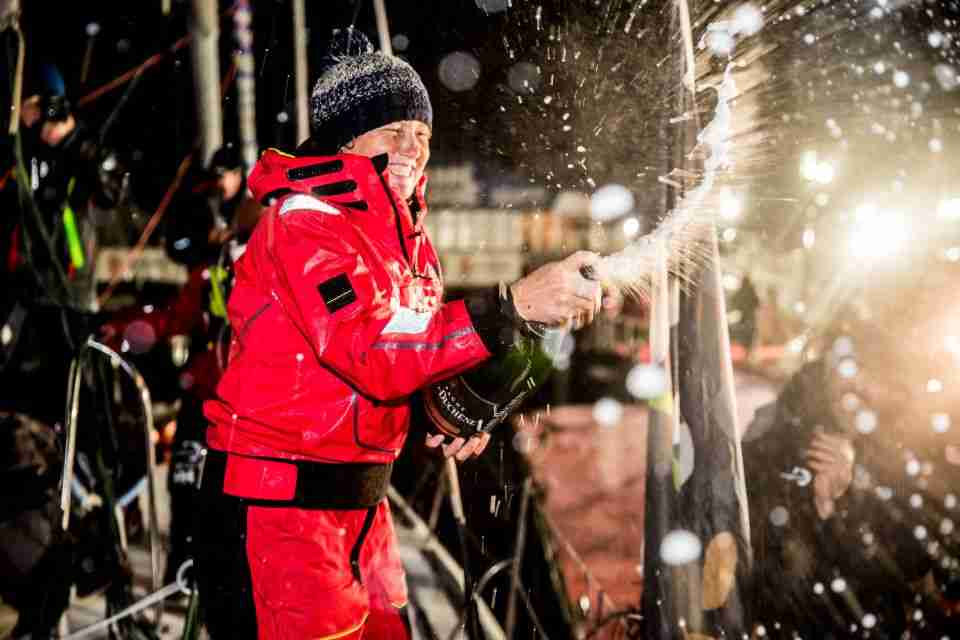 Commenting on working with the global rope manufacturer, a heartfelt Hare said: “I want to thank you (Marlow Ropes) for investing in my campaign at such an early stage, trusting me to deliver and supporting me through all these months. I hope you feel this has been your success as well as mine. Once again from the bottom of my heart, thank you for helping to make this happen.”

“Both of these sailors have triumphed the Vendee in their own unique way and we are very proud to have played a small, yet vital part in their Vendee Globe victories. Marlow’s relationship with Vendee Globe’s elite sailors dates back 24 years*** thanks to our 200+ year history of manufacturing ropes capable of extreme round-the-world sailing.

The high performing Grand Prix Series is made for this type of challenge and both skippers used MGP to very different specifications.  Each skipper we work with needs a different specification, and Boris and Pip are no different. Working with this calibre of athlete gives us vital technical knowledge to ensure our rope innovation and development stays at the top of the game.”

*Marlow’s MGP (Grand Prix) Series is a bespoke rigging service customised to exact specifications of the race boat. The UK and US based rope manufacturer have worked with many offshore sailors and race teams, who have used their bespoke service including America’s Cup 2021 challengers American Magic and Ineos Team UK.

**The championship is calculated by accumulating the scores of skippers and their teams in the major IMOCA Class races, among them the Vendee Globe, the Route du Rhum, the Transat Jacques Vabre, the Bermudes 1000 and the Vendee Arctique.  Herrmann entered all of those races and completed every one. He came out at the head of the championship with Vendee Globe winner Yannick Bestaven (Maitre CoQ IV) second, and Vendee Globe runner-up and line honours winner Charlie Dalin (APIVIA) third. He is among the very best ambassadors for the IMOCA Class, and competed in the Vendee Globe to put together a competitive entry. That meant doing all the races leading up to the round-the-world race. Boris is delighted to emerge at the end of it as the new champion.

***The UK rope manufacturer has a long history of supporting high calibre sailors in the pursuit of their Vendee dream, starting with Pete Goss in the 1996 Vendee.  Over the last 24 years, Marlow has had the pleasure of being official rope supplier to Vendee skippers such as Ellen Macarthur and Josh Hall in 2000, and Brian Thompson, Steve White and Sebastian Josse in 2008.