Marlow Ropes US is excited to be partnering with the Cave Exploration Society (CES) in their mission to “Explore the World from the Inside Out” – this time, at Morca Cave in Turkey.

People explore caves for many reasons – to satisfy curiosity about the unknown, for sport, to conduct scientific research, to chart and map the underground structures for future exploration, or to simply photograph the beauty of these “alien” environments. The CES, a Massachusetts non-profit corporation, was formed three years ago to help cavers in their  pursuit to discover “what lies beneath.” To do so, they manage expeditions globally, conduct and promote research, and help members with their own expeditions and research. 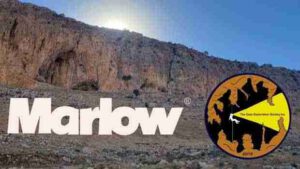 This summer, The CES and the Anadolu Speleoloji Grubu Derneği – ASPEG (the Turkish caving club) will lead a team of cavers as they descend the depths of the Morca Cave system in the Anamur Province in Turkey. By its nature, global cave exploration is culturally diverse, and this latest expedition will be no exception. Groups of cavers from France, Bulgaria, Iran, Romania, Spain, New Zealand, Israel, Turkey, Ukraine, and the US (three of whom represent an all-female team of a mom and her two teenaged daughters on their first caving excursion) will join in the quest. Despite their differences, the groups will work together in pursuit of a common goal – to continue previous exploration by ASPEG begun there in 2013 and attempt to declare Morca Turkey’s deepest cave.

Originally discovered in 1996 by Ender Usuloglu, Morca is considered the world’s 37th deepest (explored) cave as of 2021 at a depth of 1,276 meters/4,186 feet and stretches 5.1 kilometers/3.2 miles long. While trying to outdo the previously achieved depth, this year’s cave explorers will obtain samples, “map” the layout of the system and take photos of and notes about the shapes of passages, features, cavities, and characteristics they find.

Cave exploration would be impossible without ropes and other caving equipment like protective gear, harnesses, hardware, and lighting. It is essential that the tools used by cavers not only enable them to achieve their goals, but also keep them safe at all times as they descend into unknown spaces. This year, CES will be replacing all its ropes in Morca (1.7k/1.06 miles). Marlow will be supplying six spools of its Static LSK low stretch kernmantle rope at a discount to support the expedition. The EN 1891 Type B and UKCA certified Static LSK rope has good abrasion resistance, high elongation, high energy absorption and high strength, making it ideal for caving.

We look forward to hearing from cavers as they venture back into the Morca cave system, following their progress, and seeing some great pictures and videos from their journey. Stay tuned for updates!